First Response is a cybersecurity, digital forensic and incident response company that carries out both covert
and non-covert operations for a wide variety of clients including banks, law firms, energy companies and public sector bodies. 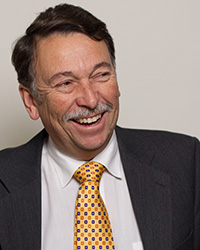 Bill Lindley is a Chartered Information Technology Professional who has been involved in commercial computing since 1975 and the investigation of computer disputes since 1979.

As well as a wealth of experience in the application of computers in commercial organisations, he has an NCC Certificate in Systems Analysis, is a Chartered Information Technology Practitioner (2004), a Member of the Academy of Experts, and a member of F3 (First Forensic Forum).

He has acted as an expert witness in many cases, both civil and criminal.

Bill has accumulated considerable experience working as a Director of a number of companies in various industries in the UK. 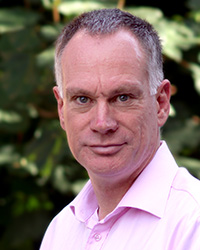 John Douglas specialises in Incident Response involving server and systems breaches resulting in data theft. He holds a Master’s Degree in Forensic Science in the field of Forensic Computing.

John brings over 20 years of computer experience and programming skills to the cases he works on.  His ability to reverse engineer malicious code used to compromise computer networks to determine what intellectual property has been ex-filtrated, who is responsible and how exactly they got in has been central to several cases involving computer misuse and ‘hacking’.

John has been a computer forensic specialist since 2003, working on both civil and criminal investigations (prosecution and defence) in cases including indecent photographs of children, fraud, abuse of privilege, murder and people trafficking amongst many others.

John has extensive experience as an expert witness including appointment by the Crown Prosecution Service as an independent expert to arbitrate between two experts where contamination of exhibits had occurred and has presented evidence to Court on many occasions. In 2007 John was awarded a Metropolitan Police Commander’s Commendation for his cutting edge forensic work.

He has presented the findings of his technical research at the UK F3 Computer Forensic annual conference and has given lectures to the Metropolitan Police on specialist forensic data recovery techniques. John is an excellent communicator and public speaker, regularly giving talks to the legal and business communities on raising awareness of the nature of digital forensic evidence. 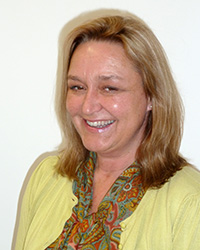 During that time Andrea trained as a forensic examiner of computers and undertook training at the Royal Military College of Science and attended various EnCase Expert courses and has specialist knowledge of child abuse images as used by offenders and in law enforcement operations to trace child victims.

In 2002 Andrea was jointly awarded the ‘International Long Arm of the Law Award’ from the Society for Policing Cyberspace, Vancouver.

Andrea has conducted over 600 investigations involving computer based evidence and is an experienced expert witness.
In 2004 she founded Zentek Forensics Limited, supplying forensic digital investigation services mainly to law enforcement. Zentek was awarded Bolton and Bury SME of the Year Award 2009 and Andrea was runner up in NWDA Women in Business Awards – Business of the Year 2010.

As Managing Director of Zentek, Andrea runs a highly skilled team of forensic experts who undertake investigations on behalf of the largest Police Forces in the UK.

In 2012 Andrea was elected to the position of Chairman for EPIC (Integrity Assured) Limited, which is a membership organisation providing business support to Ex Police in Industry and Commerce. She has a wealth of knowledge in Cybercrime investigations, has presented training courses nationally and is regularly asked to provide opinion on Internet child protection issues by ITV News. 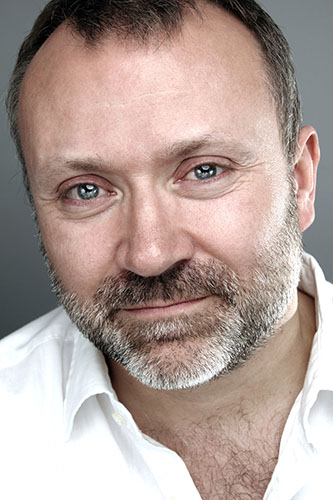 Dominic is a technical architect, auditor and seminar leader of 25 years’ experience in the design, implementation and security of Windows infrastructure. He was an independent consultant for 14 years before founding RKeyTec Ltd as Technical Director in 2005. He has both wide and deep understanding of Windows platform architecture, but specialised over the last 15 years in Active Directory as the core of the Windows infrastructure security and encryption architecture. He is the designer of the DSEvolution Active Directory pre-fabrication system.

He has designed and implemented secure infrastructures for many global organisations in all industry sectors including banking, education, military and legal, and is an independent infrastructure auditor.

A specialist at infrastructure diagnostics, he certified as Microsoft Architect 18 years ago, and was an early adopter CISSP. He is now an infrastructure specialist at First Response and a core member of the Incident Response team. His role is to investigate and document infiltration pathways used in a particular incident, but to also design architectural improvements that will secure against and prevent further intrusions.

Dominic is an NCE and teaches Nuix training courses on behalf of Nuix – he is currently re-writing much of the course material to reflect changes in the product. Dominic also attended the internal Nuix Insight deployment training days and is eager to dive deeper into this technology. 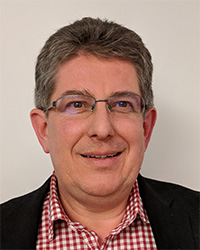 Alastair Hoffmann, who heads up our financial team, is an experienced Financial Director who has been associated with First Response (Europe) Ltd for a number of years. He is currently the Financial Director of Unibond International Ltd, a frozen Fish importing business as well as running his own accounting practice.

Alastair’s previous experience includes 13 years as a director and shareholder in Bespoke Foods Ltd, where the company was grown from £4.5m turnover to £16m turnover prior to its sale to Empire Foodbrokers Ltd. Prior to that Alastair was Head of Finance for TAS Software plc, an accounting software house that was bought by the Sage Group.

Keith has been working in cybersecurity sales for over 6 years, and is experienced in helping clients with solution sales across managed security services, network and cloud security, information and threat protection. At First Response, Keith’s responsibilities include managing the relationships and accounts for all clients, partners and vendors, ensuring client success and business value from installed technology base and services. 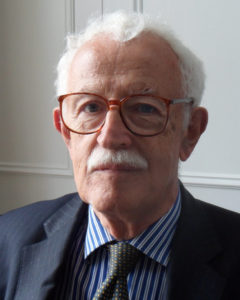 Roddy McDougall has been a director of smaller listed and private UK companies in the financial, commercial and manufacturing sectors over the last 40 years.

His role as a Non-Executive Director has always been an active one, often involving taking a share stake in the company concerned.

Roddy brings a wealth of experience across a wide range of business activities.

He is currently an NED of a small private group of engineering businesses.

Our security-vetted team have extensive operational experience gained within specialist Government departments, military units and commercial organisations, so their professional credentials, integrity and discretion are assured.

Due to their background and the often covert nature of the work our associates undertake, most prefer not to be listed on the public internet. 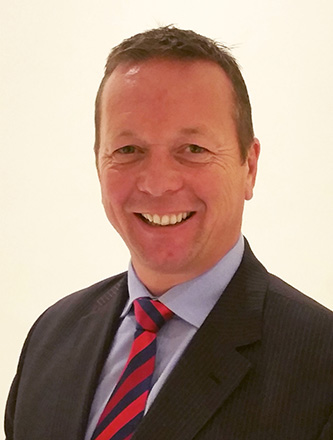 Since 2014 Mick has been involved in capacity building projects and delivering training courses to a variety of cyber crime departments in the UK and overseas.

Mick is a subject matter expert in cyber crime. He continues to conduct investigations on behalf of Multi-national Corporations and other businesses using covert skills on the Dark Web, where his knowledge of criminal networks and crypto-currencies are maximised.

Mick has received significant training in digital forensics and manages a number of the examinations conducted by other First Response Associates. 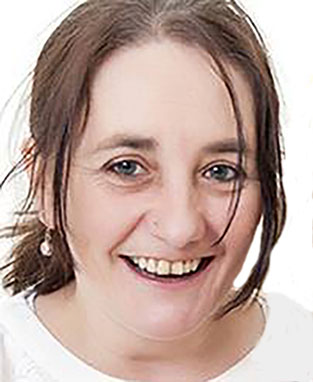 Michelle has extensive experience in conducting digital examinations on both computers and mobile devices. She also holds a first class honours engineering degree in Media Technology, gained in 2005 and her knowledge of signal processing enables her to give expert opinion on authentication of audio recordings including covert recordings and she also enhances this for use in court.

Michelle’s digital forensic career started as a Technician with LGC Forensics in 2009 where she quickly received investigation training .

Michelle was asked to analyse and authenticate analogue tape recordings footage for Operation Resolve, the Hillsborough disaster in preparation for the ongoing inquests.  This resulted in Michelle chairing a meeting of experts in order the inconsistencies highlighted in the investigation could be thoroughly explained.  Several reports were submitted by Michelle as both an expert witness  and also a joint expert.